Aim Is Not Fundamental

If you go to a PGA Tour event, watch closely where the players are aiming their bodies. You will be surprised to notice that they do not all aim their feet, knees, hips, and shoulders directly at their intended target. Often times, they aren’t aiming close at all. There are many variables that need to be taken into consideration, BUT the most important variable is the club face. Where the clubface is pointed at impact is the #1 factor in determining what line the golf ball will start on. It IS NOT where you aim. 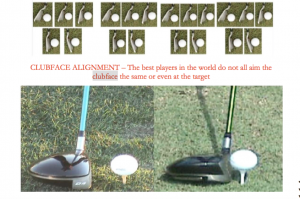 One of the biggest mistakes I made in my junior golf career was trying to get my body alignment perfect. I would work for hours on aiming my body correctly because I thought that when I hit one straight right or straight left it was because I aimed my body that way. If only I would have understood that the club face was king of hitting my targets, I wouldn’t have had as many rough days.

Almost nobody hits the ball perfectly straight, we all have a slight curve to the golf balls that we hit. This is the same with the worlds best players as well. They aim their body and club in a way that works for THEIR ball flight. Some players will aim their body 5, 10, even 15 yards right or left of the target. However, when a junior aims offline, most people will ask them to correct it. If we would just teach juniors how the clubface affects the outcome of their shot they could learn through self-discovery. I was taught that alignment was a fundamental, but how is something fundamental if all of the worlds best do it differently? 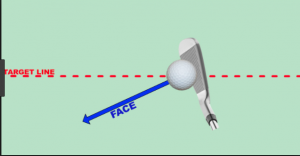 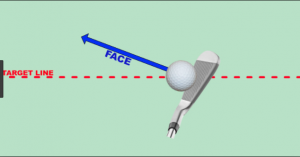 Juniors need to be able to be creative. Let them have fun and practice different clubface positions. Ask them to hit the ball way to the right or way to the left. By doing this, they will begin to get a feel for club face awareness. It won’t be long before they will be able to feel where their club face was at impact when they hit a shot offline. This will also help them adapt on the golf course as well. Every shot is different on the course and often times the way we must set up to the ball is different as well. Adapting to the task at hand (golf shot, putt, etc.) while on the golf course is the most important part of scoring well. Next time you are watching golf, try to pick out how much different each player aims!